Our picture featured in the Houston Chronicle online the very next morning, woot woot!!

Last Wednesday night, courtesy of Fashion Houston 5, I attended my very first live runway show with Eve at the ever glamorous Wortham Centre. Glitzy, posh and perfectly put together, the range of looks shown was, simply put, astounding.

Several students from the Fashion Institute of Houston (a part of the Art Institute of Houston) opened the show. We were seated in the fourth row from the runway (so amazing) which meant we were able to both appreciate and discern. I must confess that, for the most part, I wasn’t impressed. Workmanship and finishing were not as they should be. Originality was lacking. I love that there are emerging talents in Houston but I don’t believe all of them came out to play that night. Having said that, I was very impressed by these two looks from Inclan and DAN. Fabulousness.

So fresh, so must-have. And there were these beautiful pieces from Rene Ruiz. 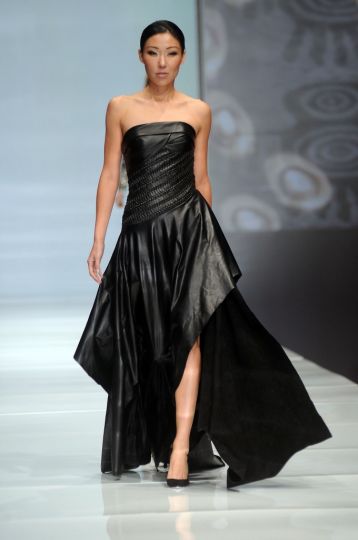 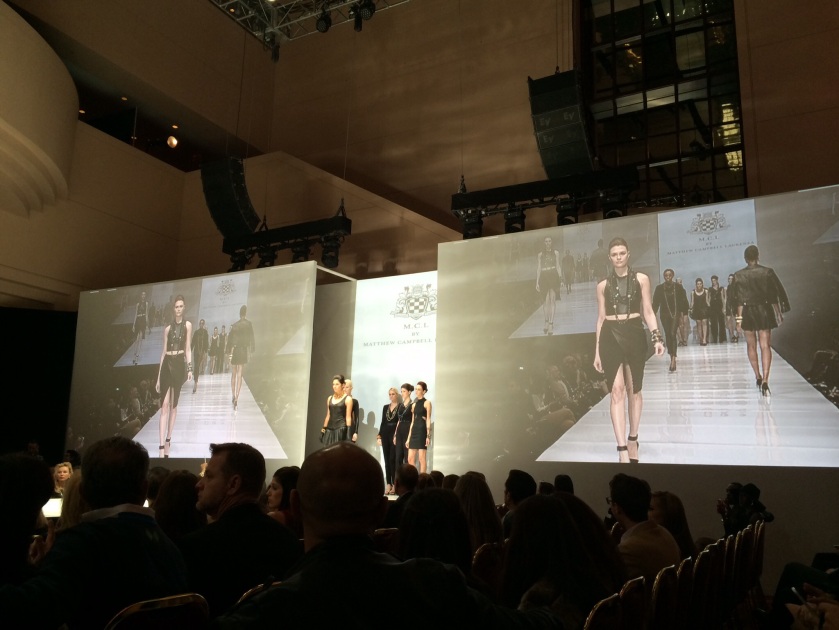 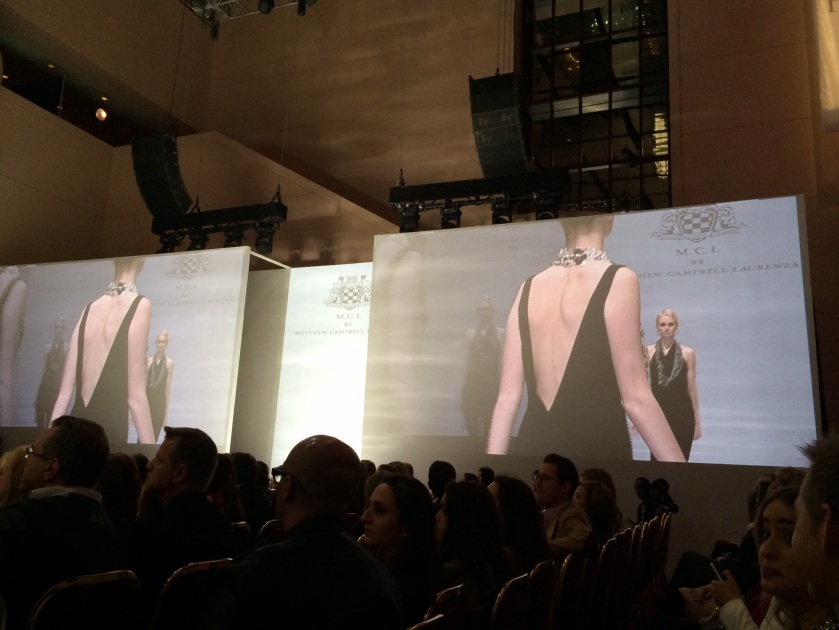 (last four images taken by me)

And the highlight of the evening (for me, at least), Mr Naeem Khan. 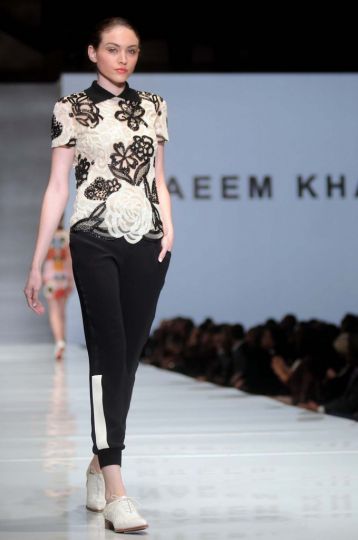 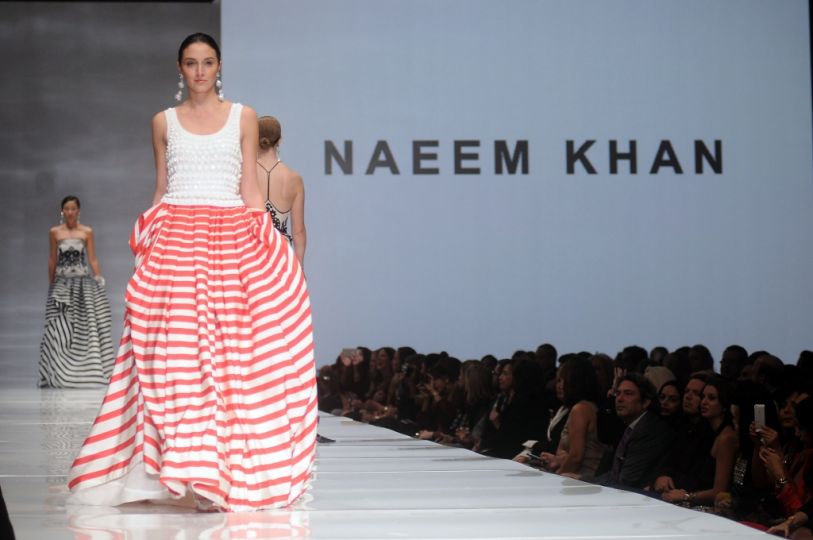 Here’s a top to toe look of what we wore that night.

My Tuxedo Cape Blazer and Striped Skirt with attached leggings are both from indie labels. Black Jersey Top, Helmut Lang. The clutch, Great Expectations, Kate Spade. The ring, Noir. And the Ankle Booties, Bakers. Eve wore a Fuchsia Blazer with cutout back in the style of the Living Daylights Blazer from Finders Keepers. Hers was a steal from Kissue, paired with a B&W Striped F21 Skater Dress, Gothic Cross Necklace from Shasa, Mara Gold Necklace with Platinum Drusy from Kendra Scott and a vintage Prada Silk Evening Bag. Iridescent Wedges from JustFAB.

p/s Photo of Eve and myself courtesy of Brock Lawson.

pp/s Unless otherwise stated, all other photos courtesy of Dave Rossman.